While Saloni bought marijuana (with Leandré as her passive passenger) Arno, still in the deli, had convinced Darren that he could not expect Jesus to forgive him more than four-hundred-and-ninety times. “It’s a point’s system,” he said, and re-emphasised the importance of self control. “How else are you going to stand in the gap for your sister?”

“Understand this.” Arno lifts both hands, sketching quotation marks. “‘I looked for a man to build up the wall; to stand in the gap before me, so that I would Not Have to Destroy the Land’. That’s Ezekiel 22, verse 30. God speaking. So, to get back to your sister…” Arno pauses, mimes concern. “Listen, I know you’re sensitive about her. That’s good. Manly. But, you have to face facts. She’s got flaws.”

But I clamp down.

Trying for some of that self-control. Let’s see where he’s going with this, I tell myself.

“You know…a bit of drinking, some drugs. Appetite control. It’s a symptom.” Arno pretends not to watch me; stirs three sugars into his coffee, sips, smacks his lips.

This is not the first time Arno has dropped hints about ‘fetching’ Leandré. What does he mean?

Arno doesn’t hear. Or pretends not to. “It wouldn’t be so bad,” he continues, “except…she’s tight with the Lord.” He picks up a fork, deliberately cuts a segment of egg-white, lifts it to his mouth. (The phone is still flashing, chirping, but I’m getting used to backgrounding it.)

“I haven’t seen it, but she says it helps her with her music.”

“There you go: tight with the Lord,” he agrees, noisily putting his fork down. “The problem is those weaknesses of hers are like a gap in the wall. And God is a jealous husband; he’s going to come through that gap and if he finds her messing around he’s going to straf [punish] her. And we’re talking Old Testament justice here.” Arno holds up a palm to stop me from interrupting.

But I’m not interrupting. Yet.

“You’ve got to stand in that gap,” he finishes.

“But…how am I supposed to do that?” Once I’ve started, I can’t stop myself, and my voice rises: “She’s got an angel, for zap’s sake! This is total B.S. I know what you’re telling me is wrong…”

“No, it’s right!” he barks, slapping the table. Cutlery, crockery clatters, coffee slops in the sudden silence. Then, miming sincerity he growls, “Prayer. That’s the only way. Listen, angels are…different – that angel is not going to help her. The answer is prayer. And (I shouldn’t tell you this…but I like you – you remind me of myself, when I was a lightie [youngster]) because you and her are brother and sister – siblings – your points count for her. So, you have to make an effort; a bigger effort. Otherwise I will have to fetch her sooner.” He picks up his fork again, spears a bacon rasher, tines screeching on the china.

This is not the first time Arno has dropped hints about ‘fetching’ Leandré. What does he mean? I try to replay his words; listen for clues in the echo of his voice (but the phone is pushing out musak – erasing everything).

Sharpen up, I tell myself.

Arno says he’ll have to fetch her ‘sooner’.

Do Not Panic. Sharpen the zap up, Darren. And Think!

Fear is the mind killer, I recite. I will turn the inner eye to see its path. Where the fear has gone, there will be…something, something. Only I will remain…

Voice tight, I ask, “You said God would come through the gap – like a jealous husband. That’s right?”

“Darren,” says Arno, miming deep regret, “I’m just an instrument – I don’t have free will in this, you understand.”

Darren in the Gap by Paul du Preez 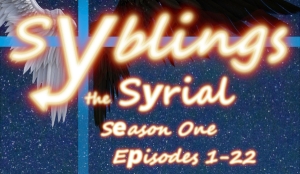 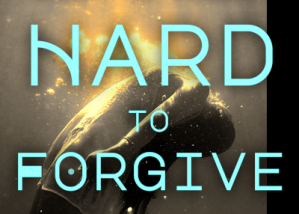 Hard to Forgive – 4 Women, 5 Tales is available at Smashwords ($1.89) or at some of your favourite stores (see retailer links).

The enigmatic and deadly Shikara steals Bulumko’s heart in a world where electricity has a mind of its own.
In near-future Africa, privileged, callow Thuli discovers hard truths about her soul while Mandla, her cyber-assistant becomes self-aware. And malignant.
In today’s South Africa, Mama Sylvia has to forgive her grandson’s killer.
And, in the US, a minister is tempted by her writing software. 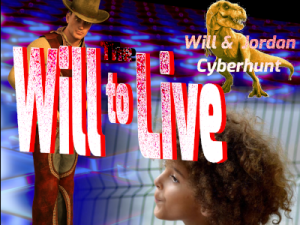